Ginsana 115 g capsules help you get rid of fatigue and stress, lack of focus, distraction and the sense of general weakness. Ginseng is believed to enhance energy, reduce blood sugar and cholesterol, promote relaxation, and help combat impotence. 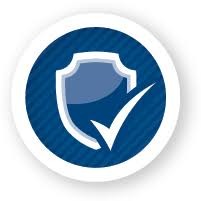 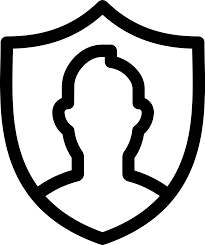 Ginsana 115 g capsules help you get rid of fatigue and stress, lack of focus, distraction and the sense of general weakness. Ginseng is believed to enhance energy, reduce blood sugar and cholesterol, promote relaxation, and help combat impotence.

Ginsana 115 g capsules is a food supplement of the best ginseng capsules that helps you to resist impotence and get rid of fatigue and stress, lack of focus, distraction and a sense of general weakness. It promotes relaxation.

• Ginsana pills are gelatin capsules that contain the extract of the roots of the ginseng plant, which are easy to swallow and easy to absorb.

• Ginsana tablets are a natural food supplement that contains the active substance Ginsenoside G115 that has an effective and powerful role in strengthening the immune system and improving the general health of the body.

• It also plays an important role in treating psychological and mental stress. it also work on treating stress, anxiety, distraction, and resisting impotence.

• It is recommended to take ginsana pills for craftsmen, manual activities and athletes after consulting a doctor.

• Since ancient times, ginseng has been used in medical cases, because of its great impact on concentration and vital brain functions.

• Studies have shown that ginsana pills are used in the treatment of erectile dysfunction in men.

• Since one of the benefits of ginseng is that it strengthens immunity, so it reduces the incidence of influenza.

• Ginsana tablets are also used in cases of nervous stress and memory impairment.

Benefits of ginsana capsules for sex:

• Ginsana 115 g capsules for sex play a strong role in helping to improve sexual health and treatment of fertility problems and sexual weakness in men and treatment of premature ejaculation in men.

• Not only that, but one of the benefits of Ginsana capsules for women is that it works to increase sexual arousal in women and thus improve their sexual health.

consulte a doctor to determine the appropriate dose of Ginsana G115 for you before use, and the producing company specifies:

• Take a capsule of Ginsana in the morning with breakfast.

Ginsana should be taken for 12 weeks to notice the effect and talk to the doctor before taking Ginsana 115 capsules because the doctor may determine it according to age and health condition.

Ginsana 115 g capsules are very safe when adhering to the specified dosage, but ginsana g115 capsules may cause some negative effects, such as:

• ginsana capsules may cause insomnia, nervousness, diarrhea and sometimes an acceleration of the heartbeat.

• You should consult your doctor before taking ginsana g115 if you suffer from diabetes, coronary artery disease and high blood pressure.

• To avoid insomnia and stress, you should reduce the amount of caffeine you consume daily while you are taking Ginsana G115

• It is preferable to separate the intake of Ginsana G115 from any other medicine or supplement by two hours to avoid an interaction between the components.

Some of the most important vitamins to improve sexual life:

Building a good sex life is one of the most important factors for a happy married life, so here are some nutritional supplements that can help you maintain a satisfactory intimate relationship:

• Maca is used for its many benefits in improving sexual life and mood, especially in women, in addition to its immune and bone health benefits.

• One of the most important products is also Dooz Spray or Procomil Spray, which is a spray for the treatment of erectile dysfunction without any side effects to overcome the problems of impotence in a safe and effective manner

• Royal Jelly, which works to strengthen the erection and increase the feeling of sexual desire. Women also use it to increase fertility.

Get now the best price of ginsana capsules for sex for 2021 in Egypt At: The Health Shop